Thank you for being here!

This week's quotes came from:

Kent M. Keith, who encourages us to do some good in this world 'just because'. If you haven't seen the rest of his Paradoxical Commandments, I recommend them;

Robin Williams's eldest child, Zak Williams, who reminds us that loss and sadness require loving, joyful courage of us all;

Anne Scottlin, who reminds us that you've often got to be uncomfortable in order to grow;

Antonin-Gilbert Sertillanges (1863-1948), who liked his work. A lot. His book the Intellectual Life was a widely-published and influential 'how to' for aspiring philosophers and spiritual writers. Reflecting on its revision in 1934 (viii), he wrote, "...these pages have no date. They came from what is deepest in me." The dude liked his work (and I do, too)!

And the late, great Joseph Campbell. Like the great teachers in my own life, Campbell encouraged his students to follow their bliss. 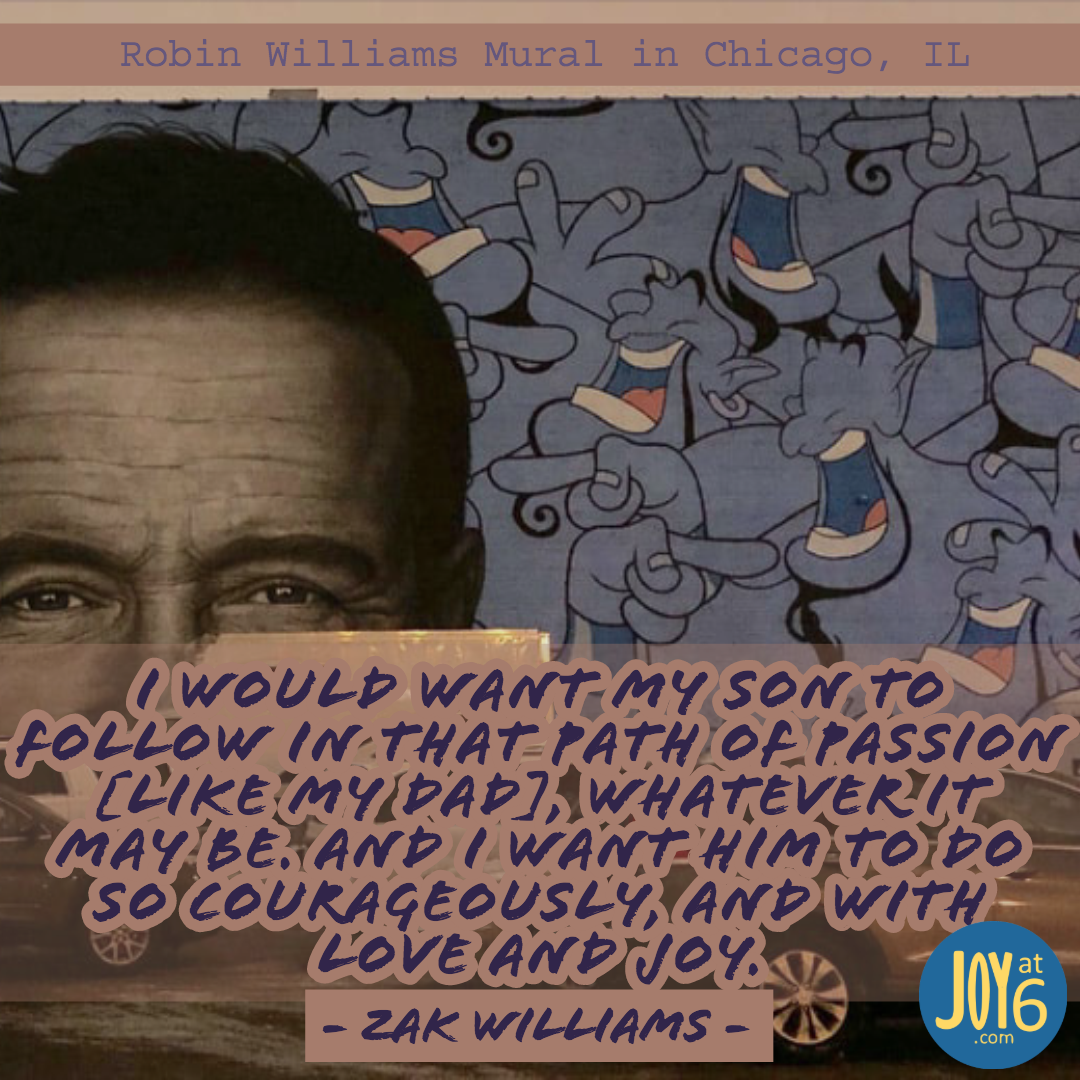 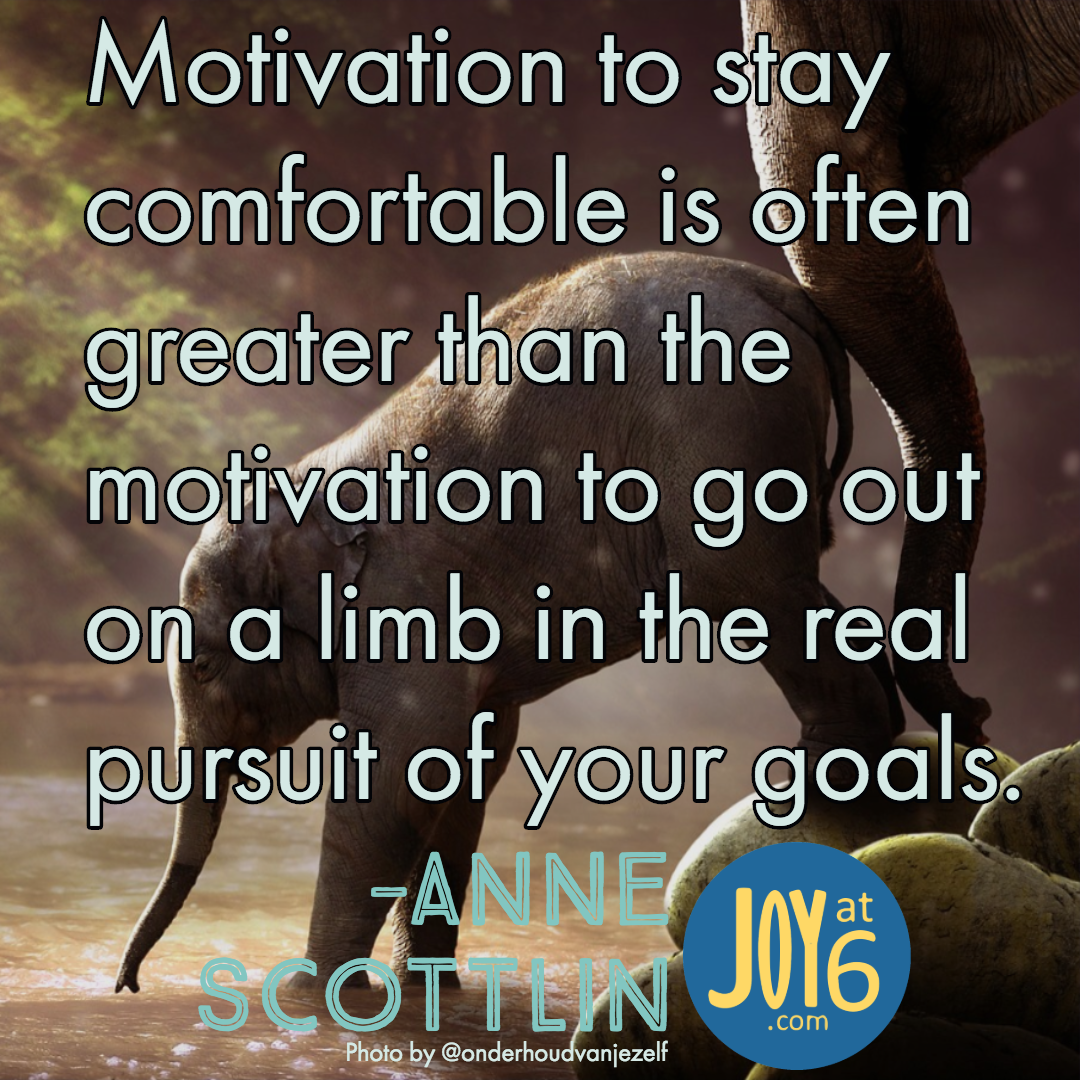 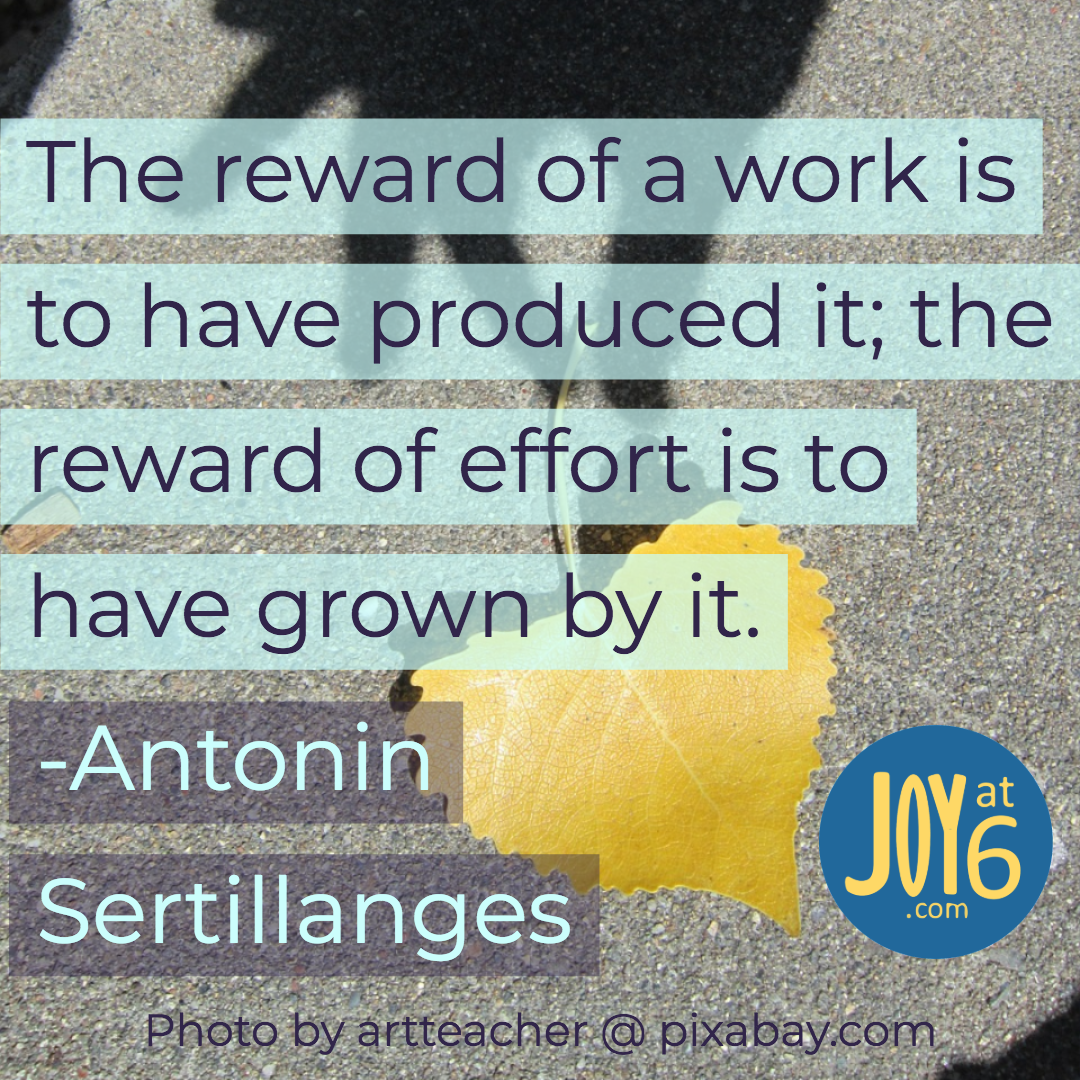 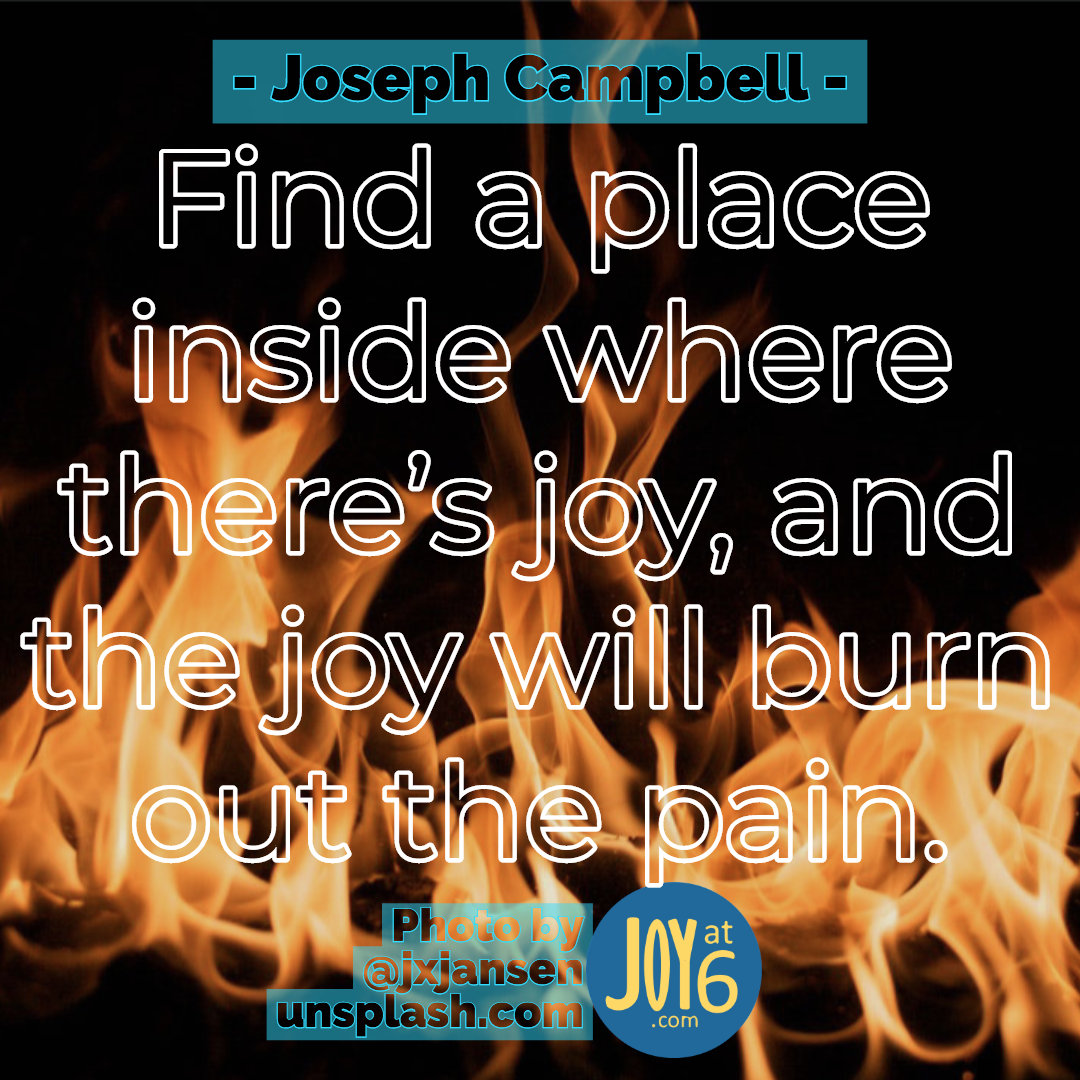 There was a lot of joyful news to report this week! For example:

A kid is amazing: An 11-year-old started the 'El Paso Challenge' to help his community heal, reports Christina Maxouris for CNN. She's talking about Ruben Martinez, grade 6, from El Paso.

From Maxouris's report: "Here's how it works: The 11-year-old is challenging each person in El Paso to do 22 good deeds for others --- one for each of the victims shot and killed when a white supremacist began firing Saturday inside a Walmart."

The Twitter thread (#ElPasoChallenge) is an incredibly beautiful - inspiring - reminder that human beings are capable of doing great things (sometimes in the form of small gestures) in the face of great tragedy. Here's a small sample, and I am thrilled to report that kids are often leading the way in responding to this challenge.

Robin Williams died five years and one day ago [from Monday]. I took it hard. Like millions of other people, I loved his work - he played so many iconic roles. My Mom and Dad picked me up from my dorm in 1998, and we saw Good Will Hunting together. Watching Williams as Sean Maguire was unforgettable. I saw him perform at the Chicago Theatre in the Winter of 2003, and I remember thinking, "Man, he's the real deal." Because he was.

However tragic and painful his life's end may have been, Robin Williams put the gifts of love and laughter into motion, publicly, for decades.

I was really moved by an interview with one of his children - Zak Williams - on CNN. [The quote from today's inspirational graphic is from that interview.] I was also inspired to learn more about what he's been up to, far from his Father's spotlight. For example, he participates in several mental health advocacy initiatives; and, he teaches financial literacy to prisoners in San Quentin. Most importantly, he and his wife recently brought the first grandchild of Robin Williams into the world two months ago.

We lost the artist, and that's hard. Joy doesn't get to overlook life's painful challenges. But, personally, I am so grateful that he made his art before his time was over. And I was inspired to learn that he's got a soulful, interesting kid (I'm sure they're all great - I only had time to research one of his kids). Love and laughter in motion tend to stay in motion.

and...It is suggested to keep your eyes on the prize:

I often lose joy 'in the details' of a given project. For example, as a member of a large university, I don't get much gratification from activities that don't immediately engage me with students. There's no happiness for me in the next curriculum assessment. I am far from alone in this.

According to a recent piece in the Harvard Business Review:

"Worldwide, fewer than one-sixth of employees feel engaged at work, undermining their performance, their happiness, and their health. Our research provides one explanation for the disengagement: the gap between employees’ everyday tasks and the broader purpose of their roles. While every job will have its mundane tasks, helping employees see how they contribute to a broader purpose is a simple strategy for keeping them motivated. Rather than taking a ham-fisted approach to purpose, show employees how small actions contribute to a larger whole."

I take this as a reminder that - when it comes to 'everyday chores' - it's a lot more pleasant to contribute to a greater good. The point isn't that leaders should have to justify every request for seemingly mundane work. The point is that leaders can illustrate the contribution of what tasks - which can seem mundane - are empowering for a larger whole. Leaders can 'show' the prize, towards which everyone is working.

"In the early 1990s, Brazilian photojournalist Sebastião Ribeiro Salgado was stationed in Rwanda to cover the accounts of genocide. The on-ground experience left him traumatized. It was at this time that Salgado's wife Lélia made a near-impossible proposal. She expressed her wish to replant the entire forest back home. 20 years later, they have planted 2.7 million saplings and rejuvenated more than 1,500 acres of tropical forest," reports Sunnyskyz.

Or, to paraphrase a 2015 write-up in the Smithsonian magazine, Sebastião and Lélia Salgado are very, very [+2.7 million very's] COOL! 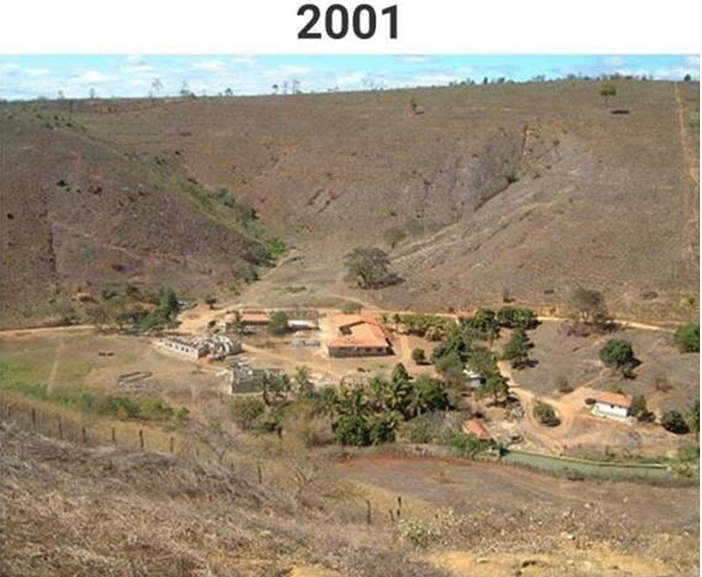 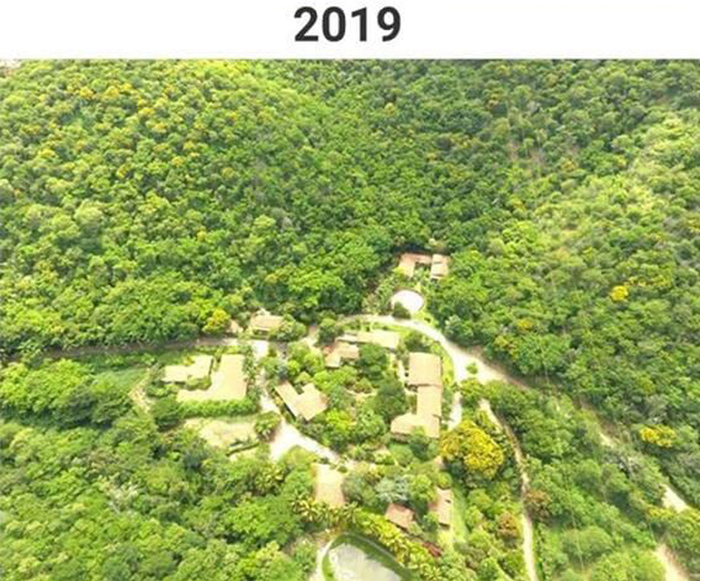 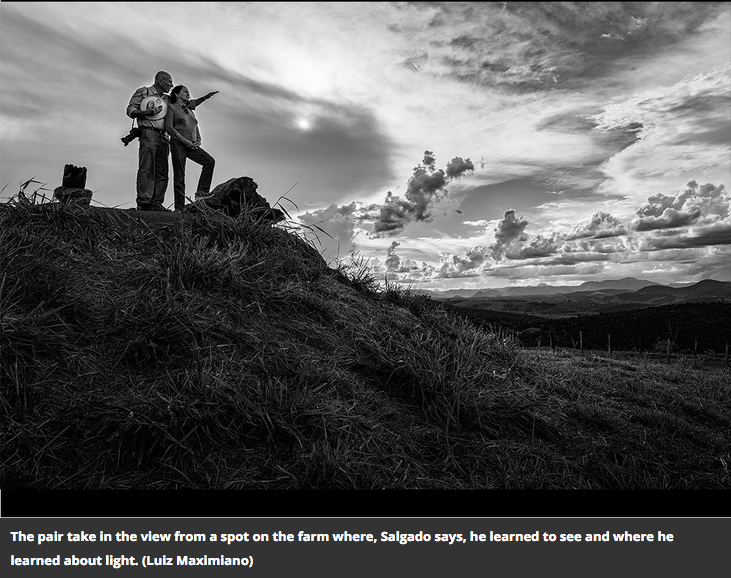 and...last, but not least...Today's joyful news is that somebody sang a song:

I have been a Brandi Carlile fan for several years now. She's a force. Brandi's got talent, for sure. And (often in collaboration with the twin brothers in her band) Brandi Carlile writes great songs.

When she dropped out of high school (kids, don't try this at home), the odds were not in her favor to grow and be pals with Elton John. She was diagnosed with ADD. She played backup for an Elvis impersonator. When her first record struggled commercially, the odds were statistically stacked up against her. What in the world is a gay, female Americana singer-songwriter who is just-too-country-to-sell to do? When her first hit single was billed as straight-ahead rock n' roll, the odds were totally against a sustainable career trajectory. But, onward she marched - putting out one solid album after another.

But, when she convened an all female super-group and audaciously styled them after the iconic Highwaymen - and she somehow pulled it off?! (The Highwomen twang-ROCK, y'all!)

Bliss and the odds operate on different levels.

If you missed the Grammy's this year, like I did, you may not have caught her performance of the Joke (below). Please do yourself a favor and make a moment to check it out. Take a moment to think about what it means for that message to be celebrated on that stage at this time. And for the love of your own bliss, be sure to stick around until (or fast-forward to) the 4:05 mark.

My friend, that is an artist--following their bliss, jumping for Joy.

Thanks for stopping by! I'll see you next week. And...

If love and life are always possible...

A Humble Hero Saves the Day