Welcome, I'm so happy that you're here!

Let's begin this week's recap with some gratitude for the miraculous Earth that we share:

This week's quotes came from: William A. Anders, who - along with Frank Borman and Jim Lovell - became the first human being to circle the moon, in the Winter of 1968. He reminds us that our perspective is a powerful part of our humanity; Lee Hays & Pete Seeger, who were members of the Weavers and the Almanac Singers, and all kind of other justice-seekin', joyful-noise-makin' groups. Sing it out loud to yourself, if you're so inclined. Better yet, sing it to somebody else. We need it;

M. Scott Peck. He wrote one of my very favorite books - the Road Less Traveled. He struggled mightily in his personal life, but he always sought out the path, and he showed it to many others;

Herman Hesse. The author suggests here that pain and destiny may be playing out in our lives in ways that are difficult, at first, to understand;

And Clive Staples (C.S.) Lewis, who certainly gave us some food for thought (waaay back on Monday morning). What a group! 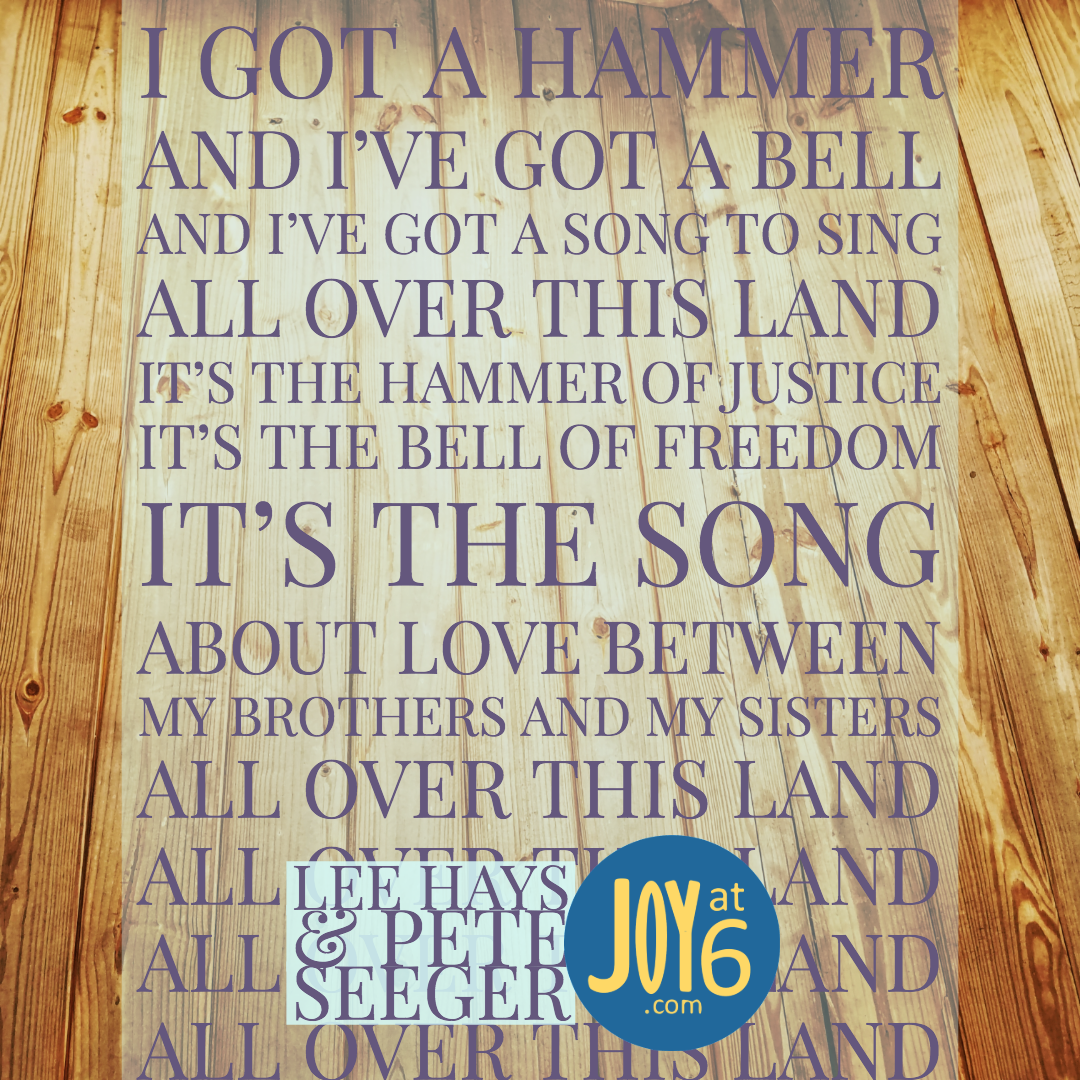 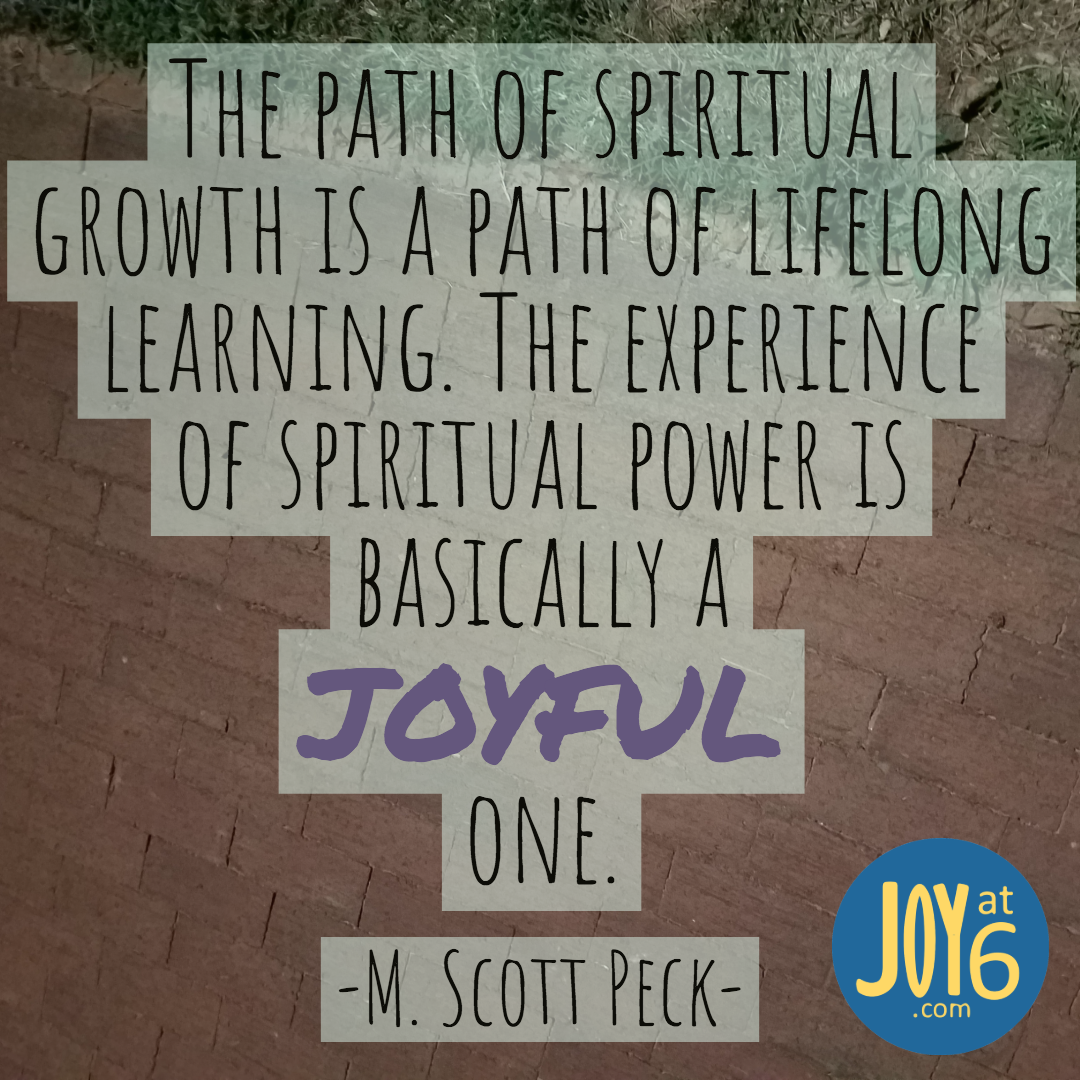 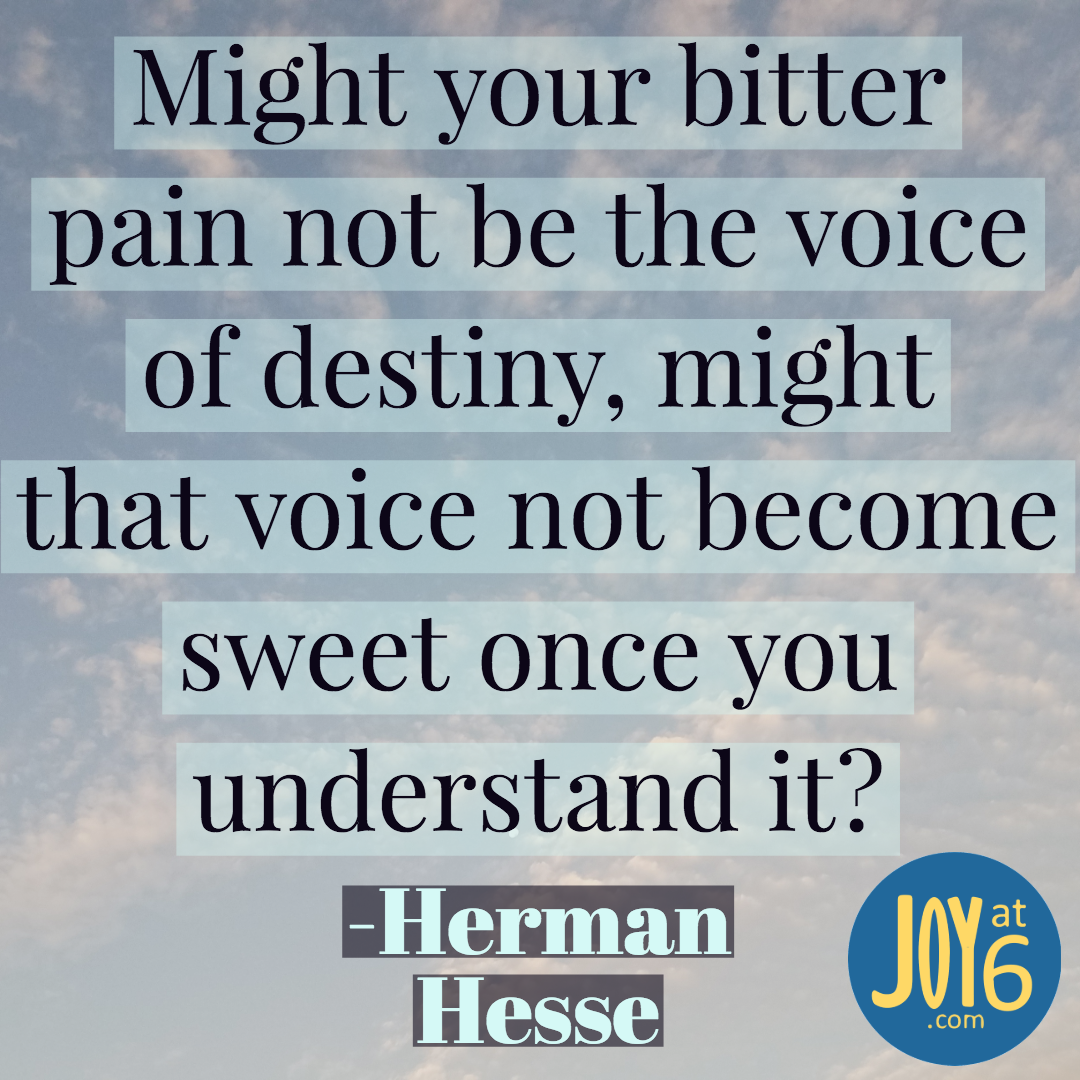 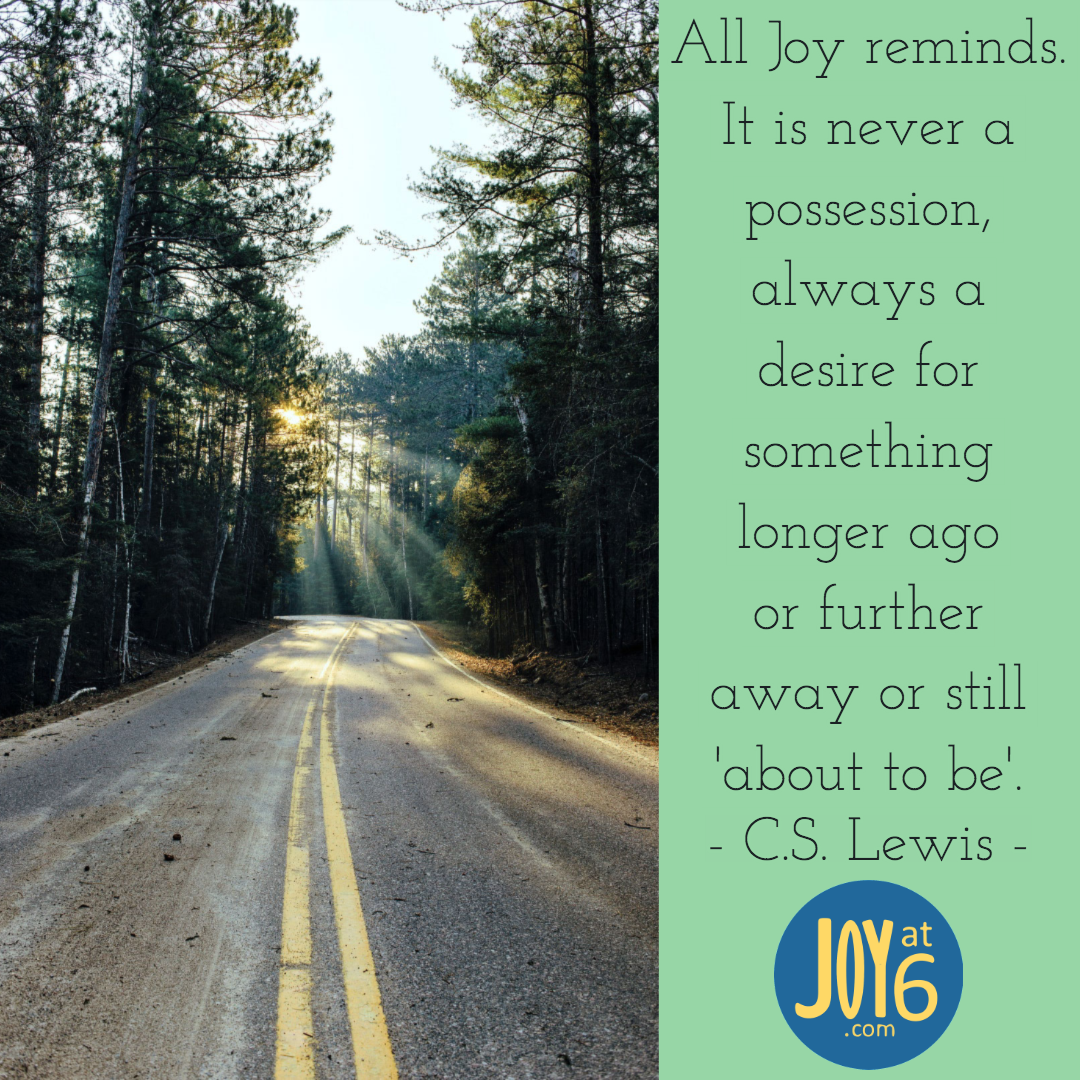 There was a lot of joyful news to report this week! For example:

Somebody was too busy to mow their lawn, and they got a nasty letter:

Check out this piece from CBS42, Birmingham, via the Good News Network, to learn more about: How Nasty Note from a Neighbor Inspired a Community to Show the Best in Humanity.

And this piece in the Stir reports: A mom from Pinson, Alabama, is thanking members of her community who were quick to rally behind her after a neighbor left an anonymous note telling her to to clean up her "eyesore" of a home. Randa Ragland told CBS 42 that the letter came at a particularly tough period of time for her family, too: Her 3-year-old son Jaxen, who has autism and is nonverbal, was recently diagnosed with cancer. That's why she's now thanking the 30 strangers who came to her home after she posted the note online, and offered to clean up her yard.

As CBS 42 reports: the family is still in need of support. To assist with Jaxen’s medical bills, donate to the family’s GoFundMe page here. Volunteers are also needed, especially those with home improvement skills. Anyone wishing to provide their services may contact Kimberly Quick at kadavis.1968@gmail.com.

Somebody was once elected mayor of a city in California:

I don't know Tom Tait, but I think that I would like him. I'll bet that you might, too. For example, how many mayors do you know who are also surfers?

Okay, I'll imagine that you're unimpressed. So, let's suppose that you know of multiple mayors who are also surfers. What sets Tom Tait apart from the rest?

How about this: he once heard cries of distress, grabbed his surfboard, and rescued a kid (caught in a rip current)...while fully dressed. Tom Tait is a heroic surfer-mayor!

He's also got a thing for kindness.

You can learn more about him, like I just did, in this piece from Nation Swell: One Mayor Transformed his Town into the 'City of Kindness' - And Inspired over 1 Million Kind Acts.

In that piece, you may impressed to learn that Tom Tait's kindness initiative was motivated by a bereaved Father's efforts to spread his daughter's kindness. You may also note that the Dalai Lama chose to celebrate his 80th in Anaheim, amidst all of this kindness, and that he also invited Tom Tait out to hang with him and Desmond Tutu.

Note: Tait is no longer the mayor of Anaheim (his term expired in December of '18), so he's technically a wicked-cool surfer-former-mayor-hero, for certain! I don't see much about him in post-mayoral terms, aside from his upcoming speaking engagement on bringing kindness to Eugue, OR. Go Tom, go!

Click to open original coverage of Tom Tait's amazingness in a separate window.

Somebody adopted a puppy:

A very sad story has added a new chapter. When a Marietta (Georgia) couple took their border collie - Arya - to the lake for a swim, she (most likely) encountered a toxic algae boom that proved fatal. News of Arya's death circulated in local news outlets and on social media.

News of the couple's loss reached Tracie Reese, who had suffered a similar loss of a beloved pet earlier in her own life. For Tracie, a stranger's kindness went a long way in helping her to heal. So, she wanted to pay that forward.

According to 11 Alive, she reached out to Arya's owners, Patrick and Morgan Fleming, and a new chapter in the story started: "They said would be delighted to come over and meet Hank," Reese recounted.

She said they were still heartbroken over the loss of their collie, yet they were excited to meet Hank.

"He actually took to them," Reese said, describing how Hank fell asleep in Morgan's lap, something he'd never done with another person before. "They're the sweetest people, and they eagerly fell in love with Hank."

Reese said she knows nothing can take the place of their dog Arya, but she hope Hank helps them as they grieve.

"He will go a long way in mending their hearts," she said. "And that was my purpose - to just help them feel better."

Reese added that she hopes more people are willing to show a little more kindness to each other - like she was shown once before.

"I hope people start doing more things that are generous to other people. Just be generous and giving," she said. "In today's society, it's not as happy and warm as it once was, and I think if people could just pay it forward for other people that are hurting, it would be a much better place."

Somebody started a company:

The celebration was short-lived for Julie Gilbert Newrai. She and her husband had a healthy baby after being told that they never would. Eight weeks later, however, her husband's health plummeted. He suffered a stroke, and the hemorrhage in his brain required surgery. She spent a month in the ICU, watching over him, doing her best to care for their newborn. Both were in care facilities for some of this time. Then her husband went into cardiac arrest. The demands of managing her life, their new child, and this unanticipated healthcare crisis were too much. They would be for anyone.

But, Julie responded with grit.

In her interview with Beth Ewen for Upsize she explains, "I sat back and thought, ‘I’m not the only one going through this.’ I went through a mental inventory of everyone I know who has someone in a care facility. And I said you know what, I’m going to change this." She put together an impressive array of partners - investors in her startup, PreciouStatus - and she built the means for the communication that she had needed during her family's medical crisis.

The PreciouStatus story explains, "While some companies exist solely to turn a profit or fill a marketplace need, we founded PreciouStatus in 2010 with a singular mission: to connect families with educators and caregivers, ultimately helping children, students and patients achieve better results." For more on their story, you can visit www.PreciouStory.com.

For more on Julie, and her personal story, you can check out her TEDx talk here. She ends it with a bang, in my view, quoting Sarah Bernhardt:

Life engenders life. Energy creates energy. It is by spending oneself that one becomes rich.

And, somebody taught some students:

Peter Tabichi — who teaches at a school with just one computer and gives most of his money to the poor — took home $1 million as part of the coveted Global Teacher Prize. "This prize does not recognize me but recognizes this great continent’s young people. I am only here because of what my students have achieved,” Tabichi said.

It has been a great week for gettin' Joyful! With a little bit of Joy, next week can be even better, come what may.

Here's to your Joy - let's go have some fun!

If love and life are always possible...

A Humble Hero Saves the Day